The directors of ICM presented a very positive report of their first annual Info-Crime Week in Montreal which took place from May 7 to 13 last. 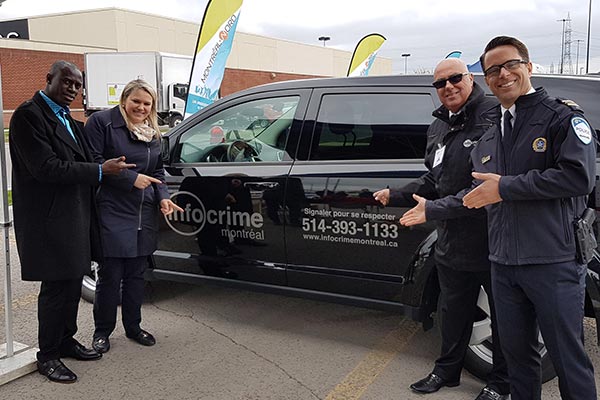 Established as part of the 30th anniversary of the organization, ICM week definitely achieved its principal objective, namely to increase the visibility of the organization through a series of intense activities. « The setting up of information booths at Place Versailles in the east and Place-Vertu in the west, as well as the Montreal North Borough with PDQ 39 during their Open House day, the visits to the various media on Wednesday, and the presentation of our new Web site and Facebook page gave amazing visibility to the program, providing the chance to contact thousands of people, made it a great success », declared the president and general manager, Jean Touchette. 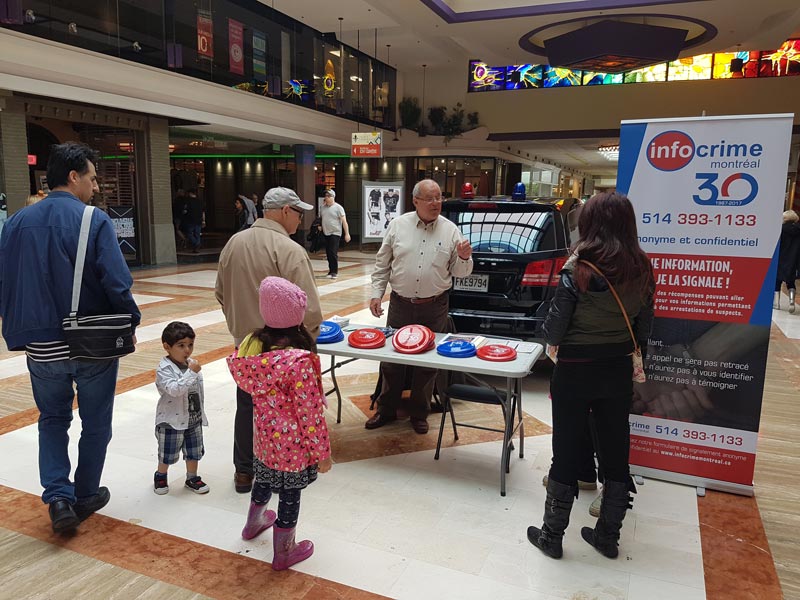 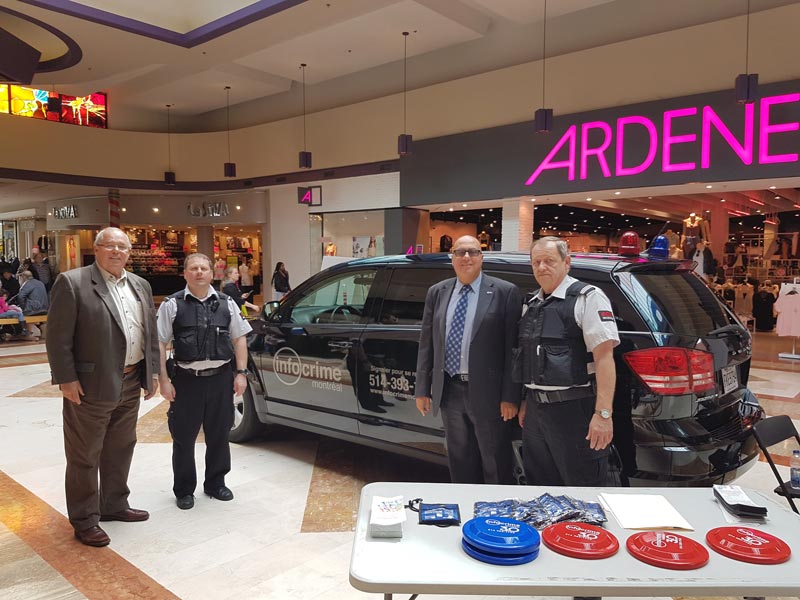 ICM Booth at Place Versailles may 6 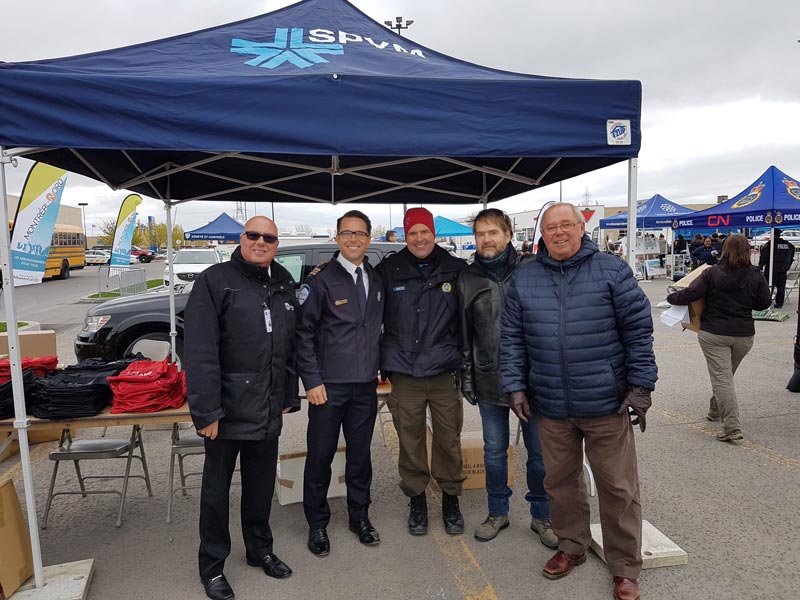 Montréal-Nord borough may 11 with Station 39 for an Open house day with the citizen. From left to right on the picture, Jean Touchette, President and CEO ICM, Jonathan Martel, Commanding Officer PDQ 39 SPVM, Gabriel Couture, SPVM agent and organizer of the event, Pascal Bélanger PIPDQ alternate, PDQ 39 and André Turcotte ICM, instigator of the new Info-Crime Montreal Week held May 7 to 13. 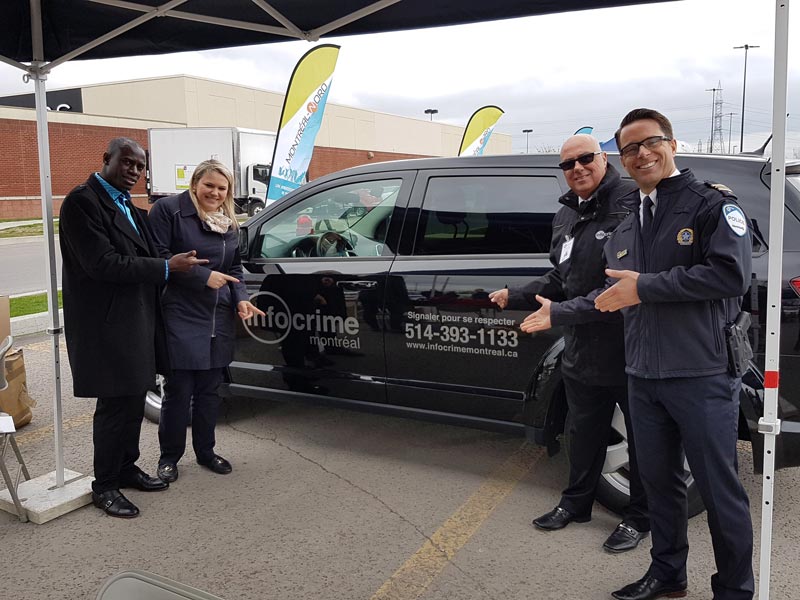 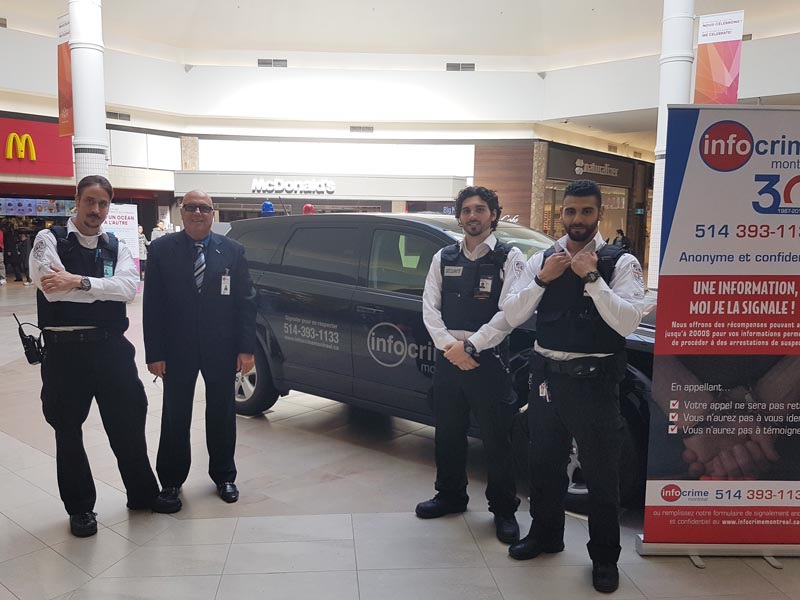 An activity which will continue into the future !

Info-Crime Week in Montreal was established thanks to the idea of a member of the board of directors of ICM, André Turcotte, a retired investigator who has served as a volunteer with the organization for several years. The directors of Info-Crime Montreal certainly plan to continue the event next year, around the same dates, by including other activities. This will include the information booths which are one of the most important activities since they permit an interaction with citizens not only to explain the program but also to answer their questions and preoccupations. The initiative also is the opportunity to give away some promotional items with the ICM logo.

Created in 1987 by Alex Harper and the late Roland Bourget, Info-Crime Montreal is a community program which encourages citizens to help in the fight against crime by anonymously providing information about criminal activities. Rewards of up to $2,000 are offered to people who provide information resulting in the arrest of one or more suspects.